Florence Ifeoluwa Otedola, better known as DJ Cuppy, a Nigerian disc jockey, has sparked outrage on Twitter by asking a random fan to be her Valentine this year.

She contacted the young man over Twitter, noting his name and Twitter handle, and asking if he would be her Valentine.

The singer went on to say that she is aware that the young man is in Ibadan while she is in Oxford, but that they should meet on Twitter by 7 p.m. on February 14th for their “first date.”

In response to her tweet, Asiwaju Lerry, a young man from Nigeria, declared that Cuppy is his Queen and that her wish is his command. 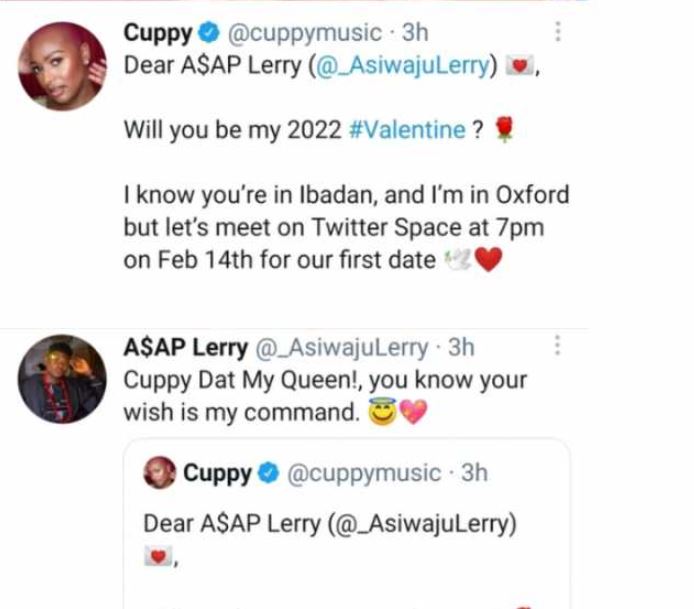