The 16-track album, which was released on March 25, marked its one-month debut on the 25th of April.

According to charts, ‘Rave & Roses’, has accumulated the total streams of 261.30 million since its release. 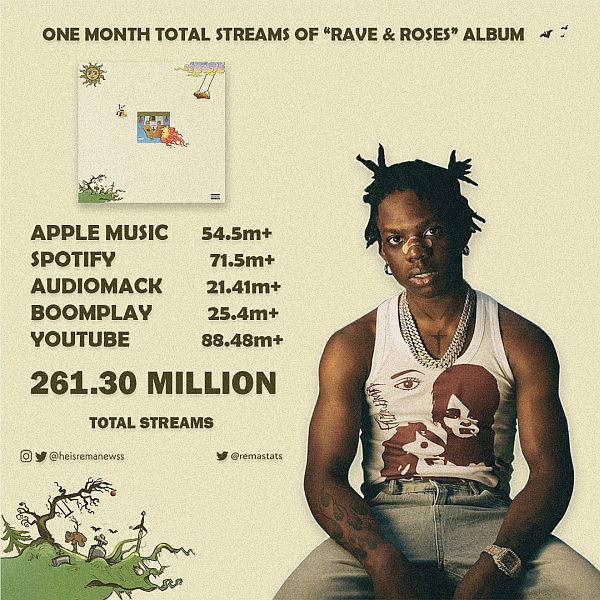 Furthermore, netizens quickly noted that the album had outperformed Wizkid’s “Made In Lagos” in its first month of release. 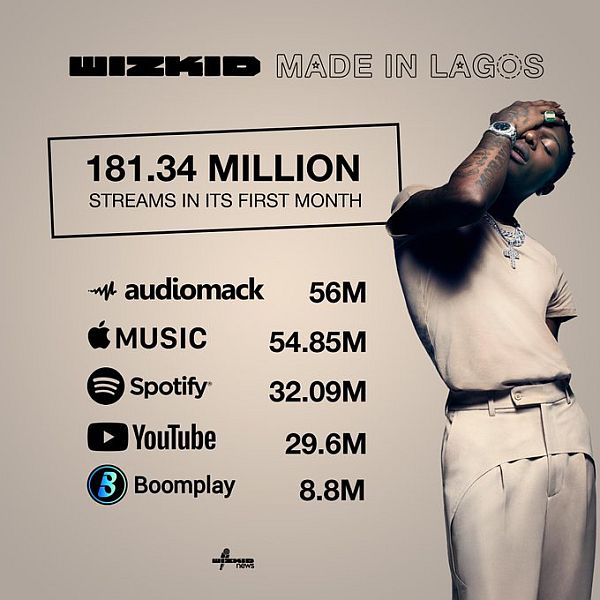 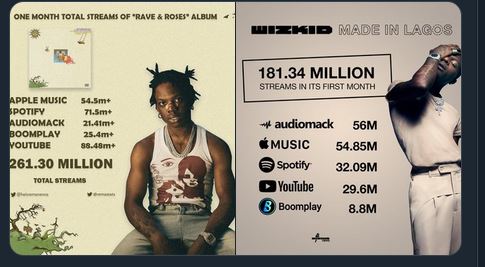 Regardless, it’s worth noting that ‘Made In Lagos’ currently has over 1.4 billion streams.

Furthermore, it has spent more than 73 weeks on the Billboard World Music Chart, making it the highest-charting African album of all time.