Some fans of Nigerian superstar, Davido and his first baby mama, Sophia Momodu are rooting for the parents of one to get back together.

The Naija singer, Davido had caused a stir online after he publicly showered love on Sophia Momodu.

Sophia had shared stunning photos of herself as she stepped out in style for a wedding.

Davido had taken to her comment section to drop a message for her.

The singer claimed that his money was showing on her.

“My money is showing” 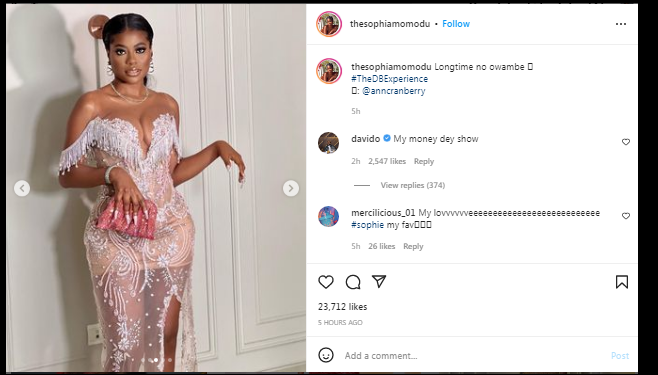 Following his comment, many are rooting for the singer to get back with Sophia as they avowed that she has been through a lot for him.

What Do You Think He Should Do?