SHOCKER!!! See What Wizkid Said After He Heard Asake’s New Song “Peace Be Unto You” » 9JATOPFLAVER

Home » CELEBRITY GIST » SHOCKER!!! See What Wizkid Said After He Heard Asake’s New Song “Peace Be Unto You”

SHOCKER!!! See What Wizkid Said After He Heard Asake’s New Song “Peace Be Unto You”

With his latest song topping the music charts since the day he dropped it, It is safe to say Asake is currently the hottest artiste in Nigeria right now.

The YBNL signee is currently on a hattrick of hit songs and he has shown that there are more in his folder.

Since Asake got signed to YBNL by Olamide, he has been dropping hits upon hits with no bad song.

He dropped the remix of “Sungba” with Burna Boy after his EP “Omo Ope” then he got featured by DJ Spinall on “Palazzo” and now he is here with any other club banger titled “Peace be unto you“.

Following the successful release of his latest single ‘Peace Be Unto You’ on Thursday, June 16th, 2022, Asake took over the Apple Music Top Songs Chart in more than 3 different countries among other music charts which show Asake’s popularity even outside Nigeria.

Everybody is loving Asake’s music even Starboy number 1 himself, Wizkid confirms Asake’s dominance by saying he’s gone gone which means he has blown everywhere both locally and internationally. 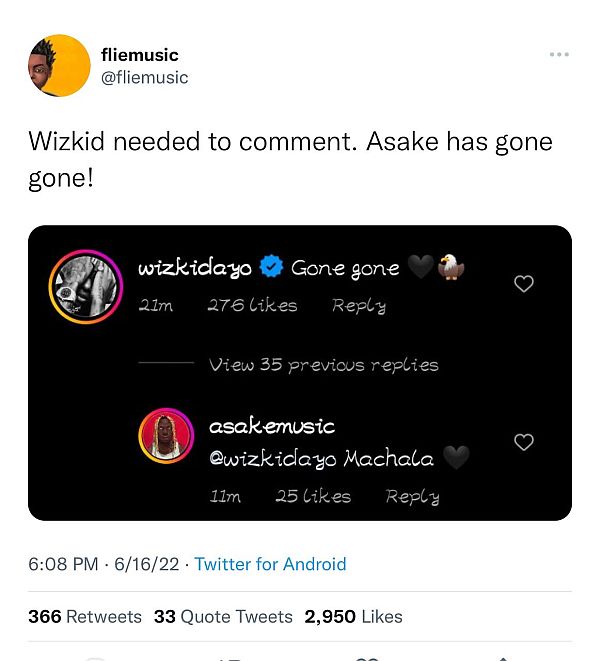 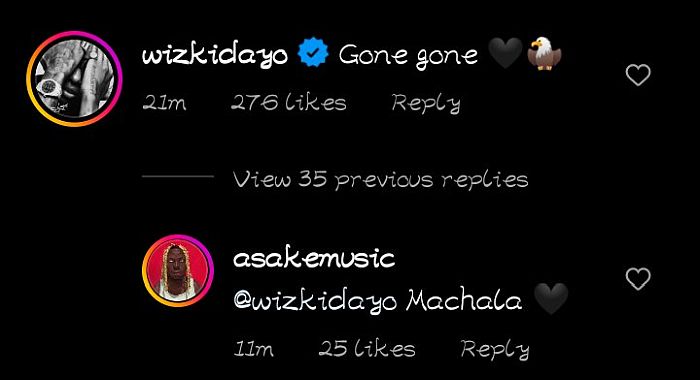 For Wizkid to comment on an artiste’s song, such artiste must have hugely gotten his attention because he hardly comments or says anything online.

If Asake can continue to drop hit songs back to back like this, it won’t take long before overthrowing some of the biggest artiste in Nigeria.

Without capping,  he’s worth all the hype right now!!

Even With Wizkid’s Comment, Can We Say Asake Has Truly Blown Both Locally And Internationally?

Let’s hear from you.